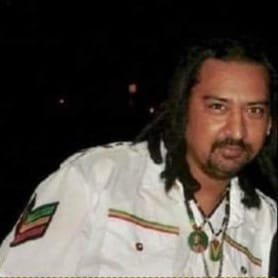 Reggae & Soca Show Sunday 12pm- 2pm .Got started djing back in the very late 80s when my uncle gave me my first mixer and turntables, but my love of music started way before listening to reggae and soca playing around Ladbroke Grove. My love of reggae and soca got me involved in the Notting Hill Carnival when I joined Level Vibes Sound. I have played as a static Dj on the ground and on carnival floats for years and also on radio stations. 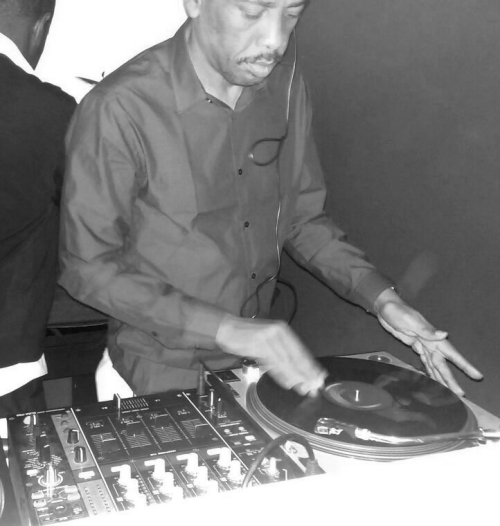 In The House Show, Sunday 10pm – 12am I started DJ’ing in May Pen (Jamaica) at Aquarius Night Club and Talk of the Town night club playing disco, whilst attending school at the age of 13 years old. I returned to London in 1984 and worked with Air Jamaica Roadshow and The Sophisticated Gents as a Soul DJ. I did gigs at The Lord. Westbury Public House, The Continental Wine Bar and private parties before joining Powerjam Radio in 1993-2000 and 2002-2004. I went to the underground scene with The Party Zone! along with Madam X and DJ Mix-T playing all genres in House and Garage (US Garage House) in 1992 doing warehouse raves and parties for families and friends. The Party Zone disbanded in 2001 after the death of Mix-T but still use the brand to date. Influenced by the late Larry Levan (Paradise Garage), Alan Magnus (Radio Jamaica) and my mother who really loved her music. 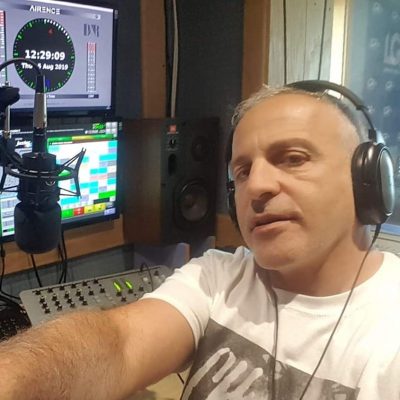 Vibeology – Sunday 2pm – 5pm; Costa caught the black music bug back in the mid 1980’s and has never been cured since. His immense love for Reggae, Soul & R&B has spanned over two decades and Costa is now ready to deliver to you the freshest of sounds from the UK & around the world. Sit back, relax, and get some Vibeology! 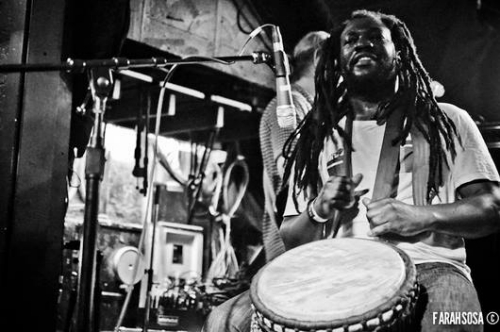 Africa Reggae Road, Tuesday 9pm – 11pm Oneko Arika (Jahneko) is a world-reknown percussionist, music teacher and lover of all things reggae. Born in Nairobi Kenya, Oneko was exposed to reggae from his earliest memory of music. When he first heard Don Carlos’ album “Suffering” around the age of 10, he knew reggae music would be part of his life’s mission. Since then, he has toured the world playing percussion with reggae musicians from all over. In addition to performing, Oneko is the co-founder of a nonprofit organization called March Forth Kenya Kids (MFKK). MFKK uses music and the arts, with a specific focus on reggae, to enrich the lives of Kenyan youth living under tough circumstances. He is working with youth in the neighborhood where he grew up using music as the avenue for a positive life. This nonprofit has grown into a very recognized and sustainable youth program in Nairobi Kenya. 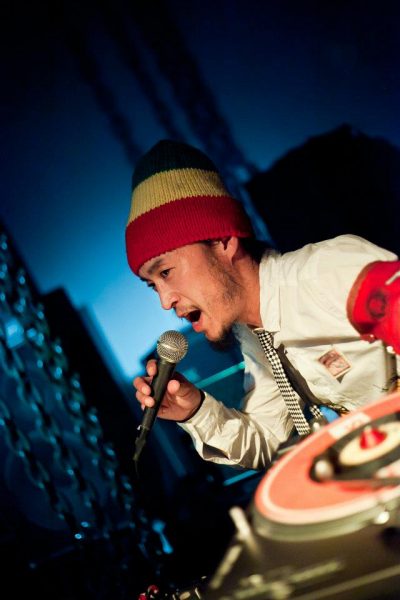 KEEP IT REAL RADIO on Lockdownradiouk.com Direct Impact Sound System Spreading Love to the World Wednesdays 10am – 12pm. Undiluted Roots and Culture Sound System.
Started as Direct Impact in Year of 1994 in London. We had Record Shop in Walthamstow East London in Year around 2000, Now More like get involving to Perform at Gigs in All Over the World, England,Rest of EU also Japan and Asia side since 2012. also Releasing Own Production at Direct Impact Music Label. 10albums and Couple Vinyl singles and Double Produced Albums Released with Ariwa,Mad Professor. Plus Some Singles Realeased from Germany and Cyprus and Canada Labels. also One Single of Major Razer (US) which Produced and Remixed by Direct Impact.
Our Music is Versatiles Sometimes but One Aim One 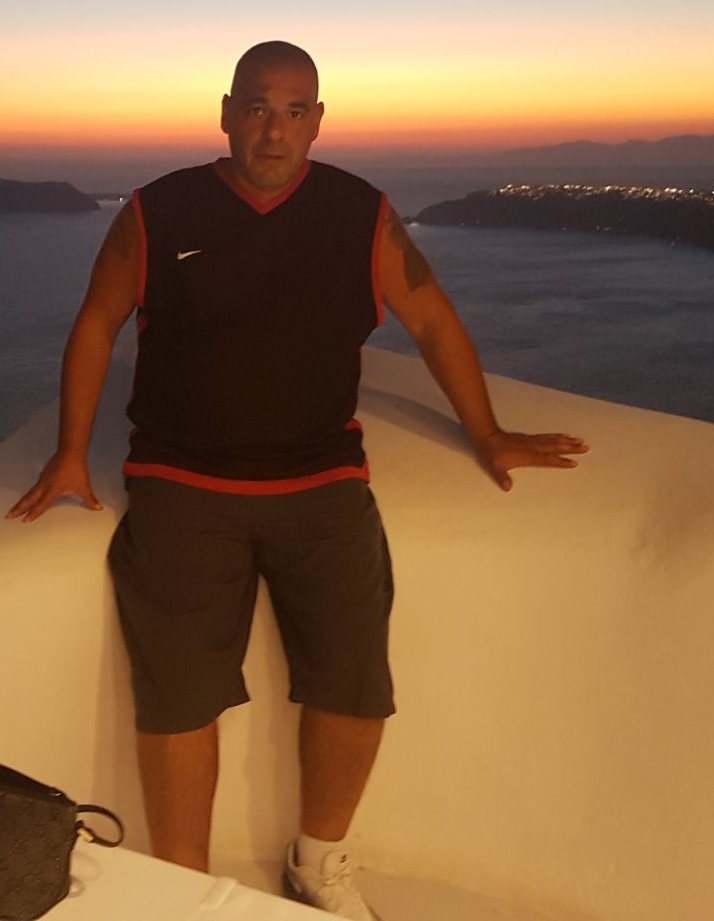 Kinder Selector Livity Show, Tuesday 7pm – 9pm (GMT) Growing up in the shadows of North London’s Rainbow theatre and listening to the likes of Marley, Black Uhuru to name just a couple. Reggae is where my heart is; new and old. However, I have been known to pack a solid soul and Rare Groove set. If you want real original music join me. 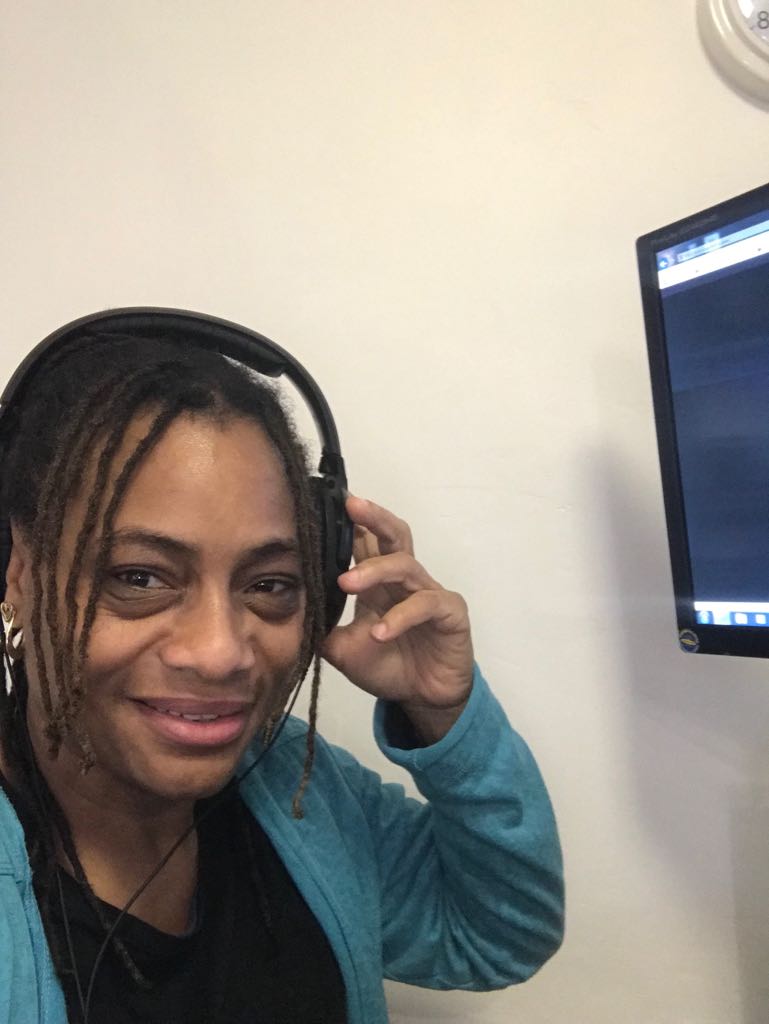 Countess Trinity Gospel Show, Sunday 8am – 10am and Monday 7pm – 9pm (GMT. My musical influences began when my grandpa who was known as Count from his sound days playing against different sounds in Jamaica , only later to be further inspired by my big sister brandy from power jam and best friend Brady from I spy . That inspired me to become a Dj and now have an interest in radio. My little sister gave me the name Countess. 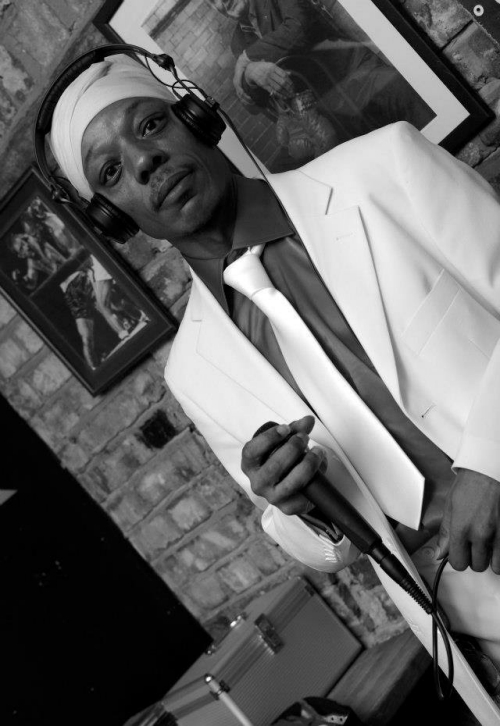 Pure Groove Soul Show BACK SOON, Throwback Show, Sunday 5pm – 8pm. If you don’t want to be stuck in the present, why not let me throw you back to yesteryear. Join me on the ‘Throwback Show. Keep up to date with ‘Real Talk’ by liking our Facebook page. 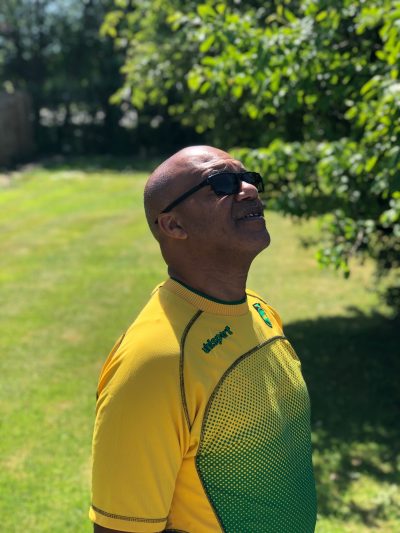 Sunday 10am – 12pm Contemporary Gospel Show, Wednesday 8pm – 11pm Soul Cruise Show playing the freshest independent R&B, Saturday 4pm – 6pm Mixed and Blend R&B Show. Having gain many years experience playing music in various venues around the country from 70’s Reggae Dancehall also Soul Funk to today’s R&B. Now playing on the airwaves shows of contemporary R&B, Soul and reggae. Whilst having a vast collection of records spanning across many decades. Giving you the hits and the classics. 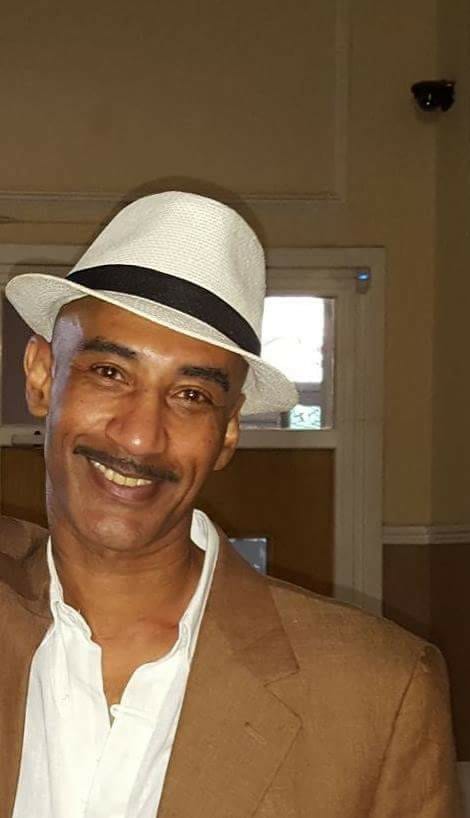 Saturdays with LJ Original 8pm – 10pm on ‘The Reggae Lick Show’ playing lovers and lovers rock 2000 style and Thursdays 5pm – 8pm with ‘The Party Vibez Show’ playing Soulful House, Soul, Afro Beats and all other genres with that party vibes! 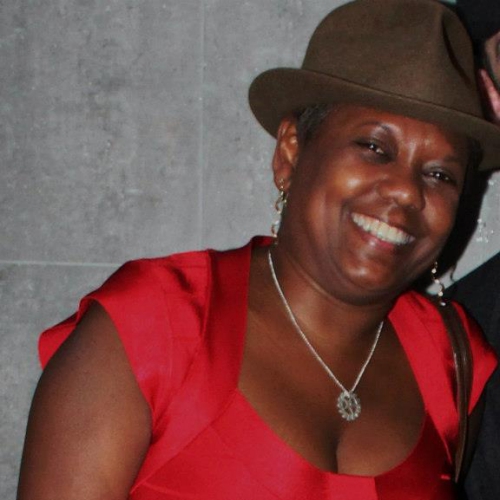 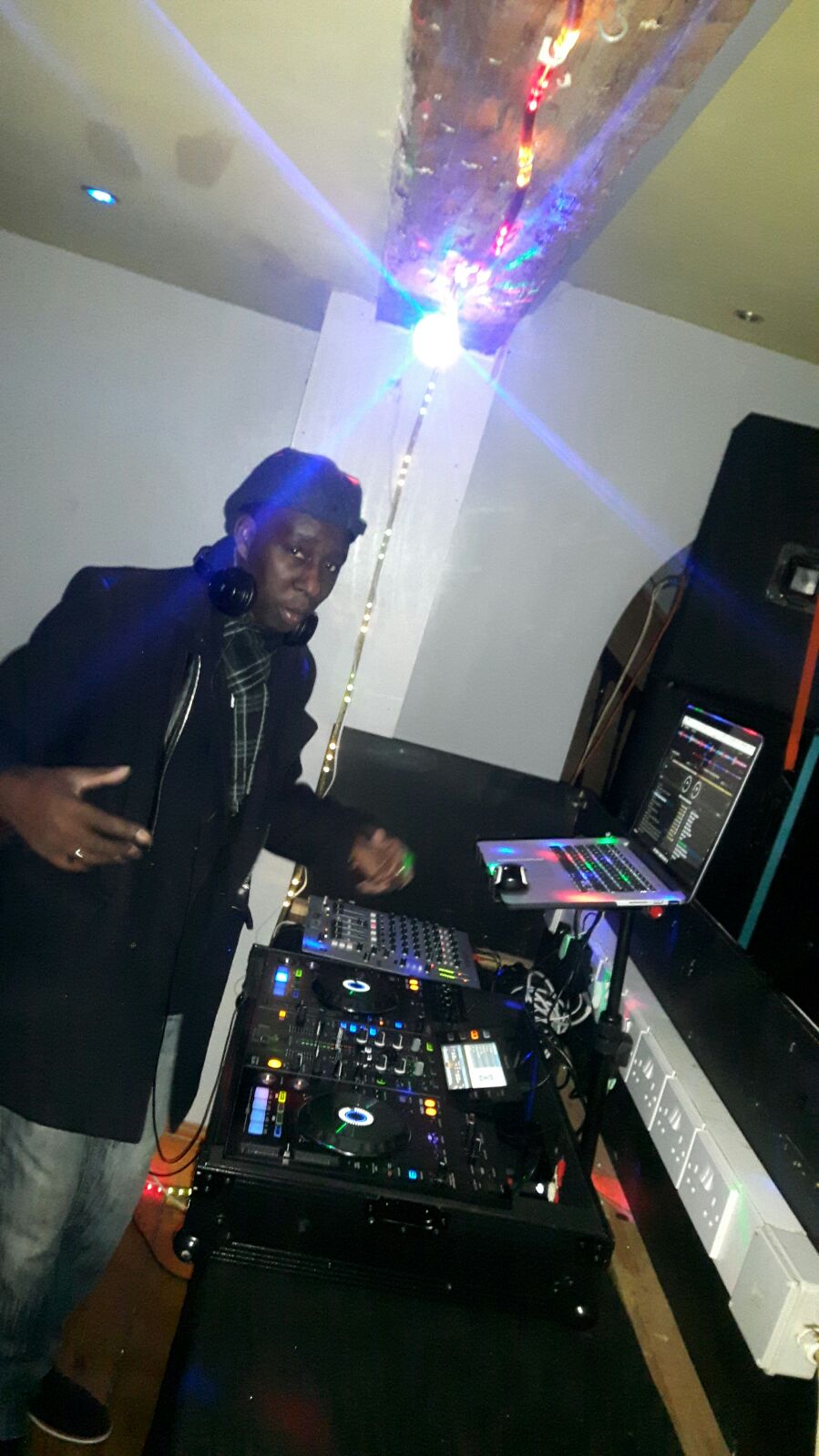 Black Genius, Tuesday 3pm – 7pm and Wednesday 6pm – 8pm (GMT). I first started playing music at the age of 9 after watching my Dad on his Blues Spot Gram which was the first sound system. I wasn’t allowed to touch it when he was there so my brother and I would wait until he went out; before we would start practicing to play records. My Dad then got a Valve Amp System which, again when he wasn’t around, we practiced. By the age of 15 I was playing music at my friend’s parties. It is now my greatest pleasure to play music that makes people happy and makes them want to dance’. 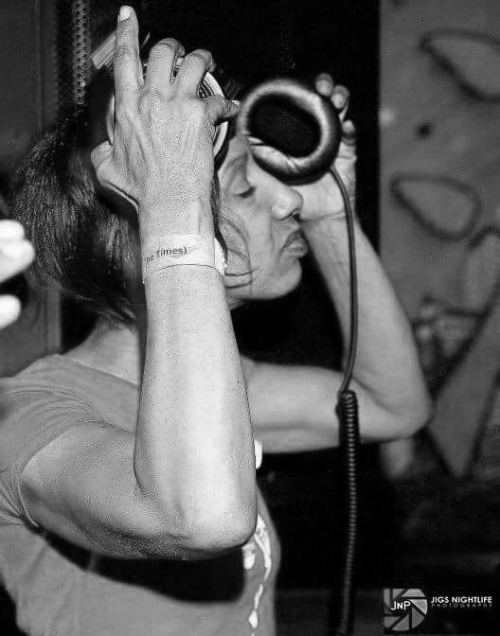 Good Vibration Show, Sunday 8pm – 10pm My music spans over 40 years from the good old Disco, Funk Boogie to Swing and R&B. So if you’re a lover of real soul music, check me out! I started Djing in the late 80’s, playing a mixture of soul and reggae music at parties. In the early 90’s I won a female DJ competition at Gantons Nightclub in the West End and was given the opportunity to play there. Soon after I became a Presenter on Veteran DJ Tony Williams radio stations ‘Rockers FM and Rhythm 365’. I was chosen to present an award at the Reggae Awards in 1995 which was televised by B.E.T. I retired, only to come back to the thing I love doing best. I became the only female resident DJ at ‘Remember The Times’, for 5 years. More recently I performed at The Sexy Festy Festival in Haggerston Park, London,on their 38K sound system and the South London School Reunion in April 2017. 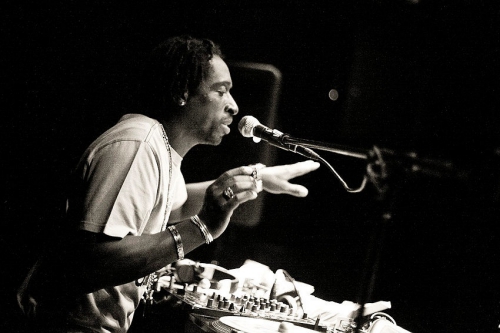 JB Baker The Riddim Maker Show, Friday 9pm – 11pm JB Baker real name John Mitchell is a British reggae artist, DJ, singer, musician and producer. He began his musical career as a solo singer on the Briggy C record label with his rendition of Sugar Minott’s ‘My Love is true’. The second single he produced was on the Progressive Sound record label with Patrick Donegan. As a producer he has worked with some of the top socca artist in Grenada the likes of Ajamo,Strong Man Squeeze, Sugarpatch and Soca Banton. 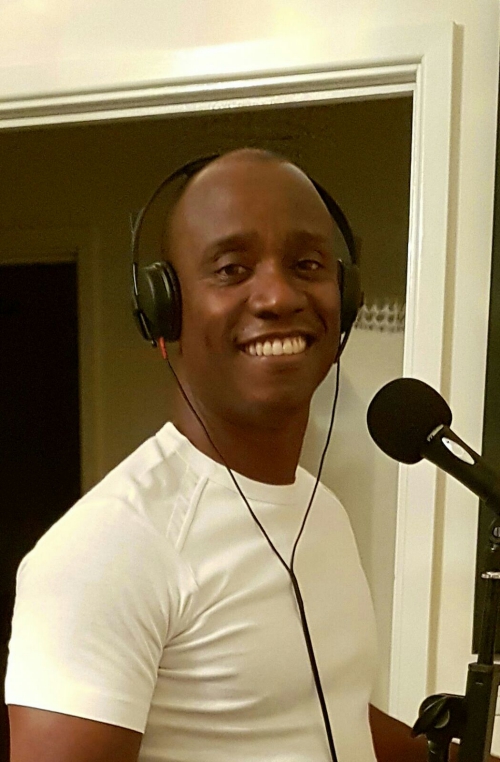 Sweet Sensation Soul Fusion Show, Friday 7pm – 9pm I love playing all elements of music ranging from jazz funk rear grooves to r&b and reggae and soulfull Garage grooves. The music I present is for everyone with a passion for music; So stay soulful and get involved. 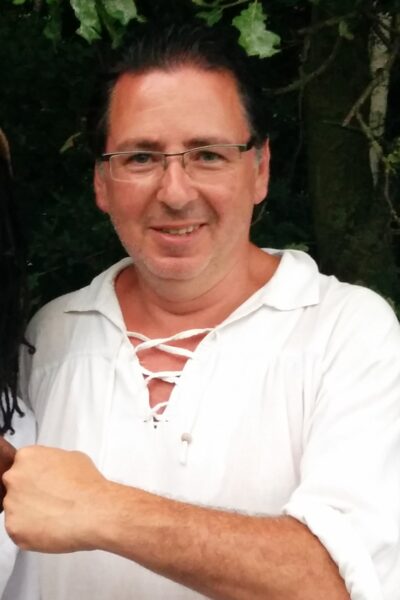 Roots & Culture (RAC) Show every Saturday 6-8PM (with interviews).
Music came into my life at a very young age…. When 6 or 7 I was fascinated by my dad’s big reel tapedeck and especially the fluorescent VU meters responding to the music. Reggae was not in his selection but world music was and I’ve always been interested in travelling, discovering cultures and their music. Some of the first reggae I heard was “Amigo” by Black Slate and got the pleasure to meet the band members and stay with Anthony Brightly in Antigua a few years back. For my friends I started to make music mixes…. I was fortunate to have good Marantz equipment and and equaliser…. And my friends appreciated how my mixes sounded richer. Reggae is my main genre but I also listen to Latin, Rai/Arabic, Jazz…In 2013 I got the opportunity to join PR agency Entertain Works and work with artists like Triston Palma, Ras Midas, Ricky Chaplin, Winston Francis, Vernon Maytone and many more. When working for these artists I got in contact with Haji Mike (artist and radio presenter) …. After some time, he asked me “Why don’t you do radio?” My response “I don’t know the first thing about radio and I don’t like to hear my own voice”. He said “But you know a thing or two about reggae… right?”. I couldn’t deny that and his best advice was “just give it a try, do it in your own style, don’t imitate any other DJs”…. And so I did… My first radio show was in 2014 and I knew I wanted to start from the roots of the roots so I interviewed Samuel Time Williams of Mystic Revelation of RastaFari (son of Count Ossie). Since then, I’ve had the pleasure and honour to interview many artists, musicians, writers ….Unfortunately some have passed away since but my mission continues… here on LockDownRadioUK!